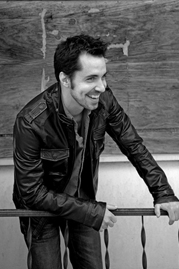 Rory Kurtz is an illustrator and artist living on the shore of Lake Michigan in America’s Midwest. Focusing in pencil, ink, and digital paint, Rory has carved out his niche as a unique voice in the illustration community. Each of his pieces are individualistic yet share a sense of fantasy in a modern reality. His work can be seen regularly in publishing, editorial, and advertising around the world.

Rory Kurtz is represented by Atrbute in New York, NY.